Hello, today's a happy day for me because I can finally show you some of the concepts that I did for Killzone: Shadow Fall and Ryse: Son of Rome! I will only post a few on my blog but you can find all of them on my website at www.killborngraphics.com 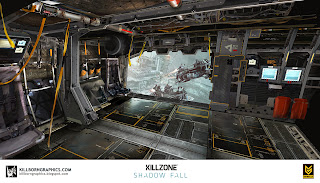 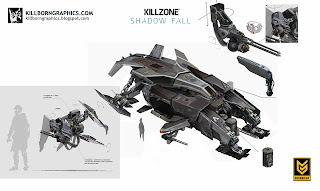 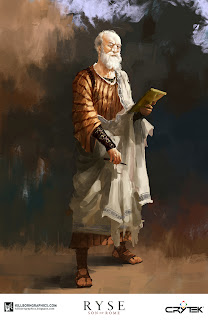 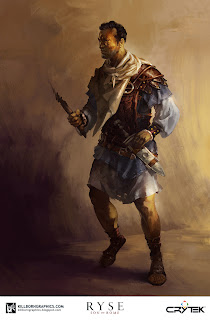 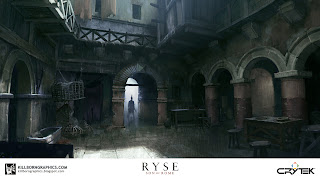 It's been a very long time since I painted traditionally. So now that I had some free time on my hands, I bought some acrylic paints and gave it a shot. Also, I was just reading H.P. Lovecrafts' Necronomicon so that was my perfect inspiration source. After I read his short story called Dagon, I immediately got inspired and started sketching.

Here are my first two attempts. Acrylics on paper. 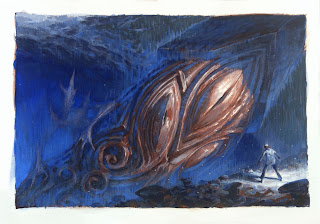 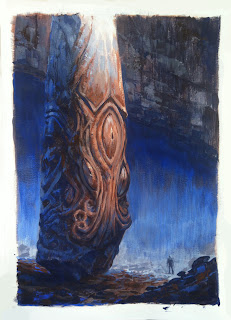 Posted by Simon Robert at 7:13 PM No comments:

after many years of waiting, I can finally post some of my work done for Killzone: Shadow Fall and Ryse: Son of Rome. You can check them out on my new website at www.killborngraphics.com

Cheers.
Posted by Simon Robert at 6:54 PM No comments:

Hello dear readers, I noticed that I keep on posting stories of my life without the actual "documents" to back them up. Well, once all the projects that I worked on, are going to be released to the public, I will be able to post quite a few new works of mine. I'm really waiting for that moment, believe me.

After finishing with Killzone 4, I was lucky enough to be invited by my close friends from Karakter to work with them on the Game of Thrones series. So end of June 2013, I packed my bags and moved to Belfast, Ireland where one of my lives best experiences started. I was hired as a concept artist to work on characters and environments for Game of Thrones, season 4. Being able to work for one of the worlds most acclaimed TV shows seemed unreal. I was nervous. I had to live up to everyones expectations. But that feeling of fear didn't last for long. The people I worked with in the studio made sure I got a warm welcome and made me feel part of the team from day one. And of course, the work was just pure awesomeness. Having worked in the game industry until now, I faced some new and exciting challenges in film. It was a much needed change as well.

Working closely with Tobias Mannewitz, the art director from Karakter and Joseph Bauer, our VFX Supervisor, we brought to life some of the most iconic characters and locations you will see in season 4. And hopefully, you will like them just as much as we do. This is how much I can tell you right now. After season 4 airs, maybe I'll be able to show you some of the work we did. So more on that later.

Also, with this occasion, I would like to send special thanks to Tobias Mannewitz, Henrik Bolle, Joe Bauer, Steve Kullback, Adam Chazen, Paul Russo, Jeff Shaper, James Burr, Rebecca Carron and everyone else from the crew. Thanks for everything. You guys are awesome! I hope to see you all soon.

And another new beginning!

And this time after working at Guerrilla Games for the last 1.5 years of my life. Working for Killzone Shadow Fall was absolutely amazing in any way imaginable.

I was at Guerrilla Games studio in Amsterdam every month, for two, sometimes three weeks in a row working as a freelance concept artist, mainly focusing on vehicle and robot design, environment design and even some character design. Guerrilla Games is one of the most professional game studios I ever worked in. It`s full of passionate and talented people who love games and by judging their previous products, I guess it's pretty obvious. I never felt like I was part of a business like I did in some previous game companies. It sometimes felt unreal. Doing what I love and get paid for it. A perfect symbiosis between passion and living. I feel really lucky.

What set Killzone Shadow Fall apart from the previous games I worked on before, was the amount of research and detail that went into every design. Everything had to be functional and grounded in the Killzone world. And almost everything in the Killzone world is grounded in the real world. I`m sure if someone was to build one of those ships in real life, it would probably fly. Hydraulics, suspensions, armor usage, tech-integration, etc. all these were a daily concern next to visual design. In other words, making something just look cool, was not enough. And I`m glad that was the case because I learned so much during that time that no design school in the world could ever surpass that.

I want to thank all the great guys and galls that I worked with and I hope we`ll work together again one day.

Now I`m taking a short time off, enjoying some free time with my girlfriend and our crazy Cat.

But the near future looks promising already. So that`s good. I know I haven`t posted any new work for a very long time. That`s because I was really busy. Not a single personal piece in years. But that`s gonna change soon, I hope. Once Killzone is out, I will post some of the stuff I did for it.

But until then, I will just enjoy this summer!